James Bennett, Eric Bluestein, Timothy Mason, and Skip Whitney of Kidder Mathews have been recognized as winners in the San Francisco Business Times’ 2018 Real Estate Deals of the Year Awards.

Whitney, Bennett, and Mason received one of six Superlative Awards for their involvement in The Landing at Oyster Point land sale. The Superlative Award recognizes projects and deals that stand out due to their size, significance, and complexity.

The Landing at Oyster Point is a ±42-acre redevelopment site located at 360 & 375-389 Oyster Point Boulevard, and 401, 425, 671 Marina Boulevard in South San Francisco, California. The site was entitled for 2.25 million square feet of life science and office space. Whitney, Bennett, and Mason represented the seller, Oyster Point Development, LLC in the $308 million sale to Kilroy Realty Corp. 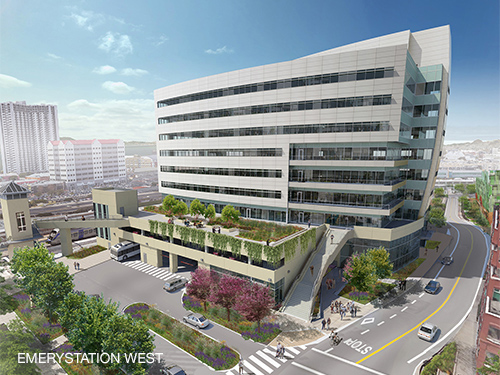 The winners were announced at the San Francisco Business Times awards ceremony at the Four Seasons San Francisco on March 27, 2019.

Majestic Realty is Making the ‘Play’ in Reno’s Market

A few years ago, when Majestic Realty was scouting new markets to add inventory to its more than 83 million-square-foot portfolio, it didn’t take...

A Belltown commercial building at 2412 Second Ave. sold for a little over $2.5 million, according to King County records. The seller was SBL...