The Class A office property is located in Redmond, Wash., which is part of Seattle’s rapid expansion due in part to major tech companies expanding or relocating to the area.

Kidder Mathews has been selected to market the Redmond Technology Center, a 101,728-square-foot, LEED office building in Redmond, Wash. The asset last traded in 2016 for $30 million, according to the Daily Journal of Commerce.

Built in 2008, the five-story Class A office property features a two-story lobby, underground parking and a fitness center. Located at 18300 Redmond Way, the office building offers convenient access to the East Link Light Rail extension, which is part of a regional effort to accommodate the influx of residents into the area. The light rail will connect people from the eastside to the downtown Seattle, Sea-Tac Airport and the University of Washington.

Redmond is part of Seattle’s rapid growth, which benefits from major expansion projects spearheaded by large tech companies including Facebook, Microsoft and Amazon. The metro has more than 6 million square feet of office space under construction, according to Yardi Matrix. Kidder Mathews‘ Andy Miller, Joe Lynch and Dan Harden are the listing brokers. Lance Mueller & Associates was the architect. 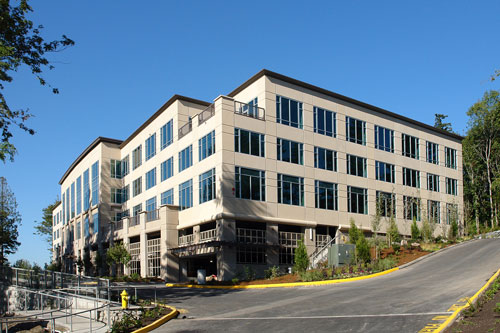 For the full story, go to Commercial Property Executive.

An iconic swath of undeveloped property in Marin County that was once a popular getaway destination for city dwellers has just been listed for sale....

Bridge Industrial has acquired a 77-acre land parcel located at 5500 Northeast 162nd Ave. in Vancouver, a suburb of Portland, Ore. The buyer plans to...