The greater Seattle industrial marketplace is a perfect storm of virtually no land supply, booming industry and a hedged market dynamic. A comparison with the prior peak of 2007 is remarkable.

In 2007, average rents in South Seattle were around 55 cents per square foot on the building shell (footprint), the vacancy rate was about 2.5 percent, and the market was privately held.

The North Kent Valley (defined as Renton and Tukwila at the I-5 and I-405 interchange through Auburn) peaked at around 42 cents per square foot on the shell, was just below a 5 percent vacancy rate, and was relatively stagnant on rent growth and development. Pierce County was the place to go for new, state-of-the-art buildings at a slight discount over the North Kent Valley, with a good supply of land and empty newly constructed buildings to choose from.

Flash forward to 2018 and the landscape has completely changed. The greater Seattle region has become one of the most important investment markets for both American-based and international institutional investors, and has seen buying competition by institutional investors on properties as small in value as $2 million.

Most of the privately held buildings in the market have been acquired by institutions. Now, instead of cash-flow focused family or private ownership, the leasing market is virtually entirely controlled by institutions driven by a mandate to adhere to acquisition underwriting and to push value. This, coupled with regional economic growth, has led to unprecedented average rent increases across the region of around 60 percent over the 2007 peak.

The Seattle-Tacoma Port Alliance has allowed Tacoma to take on the region’s ocean container traffic growth, while allowing Seattle to focus on growing its booming cruise industry. As a result, institutional developers have zeroed in on the Port of Tacoma with over 4 million square feet of ongoing speculative development. This has created a demand driver for the Port of Tacoma and has made the Pierce County/Port of Tacoma submarket a true third market segment for growth.

As the story goes in all publications, the Puget Sound region’s growth centers upon the density, demand and economies of Seattle and the greater Eastside.

The positive from a risk standpoint is that our regional industrial absorption and rent growth has a strong organic component to it. People continue to flock to our region, seeking opportunity. Tech jobs are paying strong salaries that employees spend at will with the confidence of working in an industry that seemingly is without limits. This has resulted in consumption across the spectrum, whether that be housing, services or goods.

The market impact is that distributors, most of whom have been long established in the region, have seen multiple double-digit growth in business since the recession, and have been scrambling to secure the space necessary to satisfy that demand in an ever increasingly competitive market. The perfect storm ensues with the last mile component of the region (South Seattle and the North Kent Valley) being virtually fully developed.

A competitive scramble to secure space has emerged in the past 12 months that has seen rent growth reach what was once unfathomable heights, and has entities like Prologis quoting north of $1.20 per square foot on the shell in South Seattle on its well-publicized multistory warehouse development, and 10,000-square-foot spaces in the North Kent Valley approaching 80 cents per square foot on the shell.

There certainly are inherent risks with this level of growth. Cost affordability is becoming a concern for tenants and it is expected that there will be a future wave of companies either leaving the region entirely for lower cost states and markets, or downsizing to a minimal regional footprint, thereby taking non-essential operations elsewhere.

There is also the concern of a bubble risk in values, and with interest rates likely to rise in the coming years there will be a corresponding lifting effect on cap rates (which currently range from 4.25 to 4.5 percent for core-located, institutional product) and a downward effect on book values.

Inflation has started to manifest in the economy, which we have foreseen as rents have seen double-digit increases for years now with companies for the most part unable to pass these costs through to consumers. Inflation may ultimately be a contagion that while it may not plunge the U.S. into recession it may stagnate growth, and remember that as noted above acquisitions have been based on unbridled growth underwriting.

The last variable is the future impact of inevitable mass failure of retailers unable to sustain constant efforts by Amazon to control all aspects of sales and distribution and access to consumer lives. Many companies have attempted to develop their own e-commerce models and have as a result leased more space and overstocked warehouses with product that is likely otherwise sufficiently stocked across the market. This “ghost market” is immeasurable and as companies fall to Amazon’s sword chunks of vacant space could litter the market in the coming years.

Despite these uncertainties the fact remains you cannot grow more land. Seattle is landlocked and governments are not creating more industrially zoned land as they desire tax revenue, not lightly staffed boxes.

In the past eight years since our region began its climb out of the recession, we have experienced growth that would have otherwise been predicted for a 20- to 30-year period. We live in one of the hottest and most diverse economies in the world. Yes, Amazon has been the story of the decade, but let’s not forget Microsoft, Boeing, and the flock in droves of Silicon Valley players that have leased millions of square feet of office product and hired thousands of high-earning employees.

With these blessings this region must get its act together on traffic congestion and infrastructure and find ways to encourage further business growth.

As the saying goes, “champagne problems.” 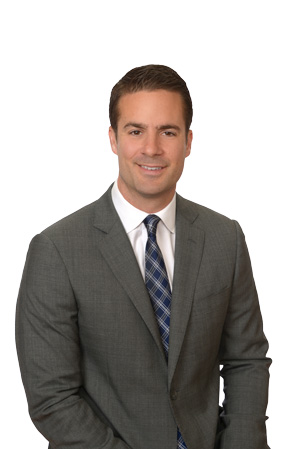 Thad Mallory is a 13-year veteran with Kidder Mathews, and a senior vice president and partner at the firm.

For the full story, go to Seattle Daily Journal of Commerce.